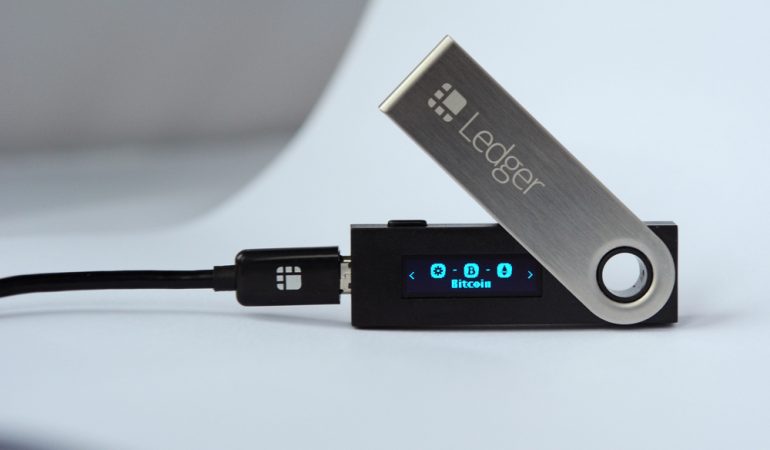 These days, everyone is talking about Bitcoin and blockchain technology. The virtual currency seems to have gleaned immense popularity across the globe.

Along with Bitcoin, another term that’s a term that’s gradually becoming popular and is turning the eyeballs towards it is “Ethereum” or “Ether”.

Is Ethereum Similar To Bitcoin?

Not Really, But, Sort Of – They Are Actually Connected

Most of the people believe that Bitcoin and Ethereum are both virtual currencies, and are quite same. But, it’s not correct.

Like Bitcoin, Ethereum is also one of the publicly distributed blockchain networks, but, there are some considerable technical differences which lucidly differentiate these two entities. Ethereum and Bitcoin substantially differ from each other in capability as well as purpose. Bitcoin is a peer to peer electronic cash system facilitating the online Bitcoin payments, but, Ethereum is a completely different concept.

Ethereum is an open source software platform which is based on the blockchain technology, and it enables the developers to develop & deploy the de-centralized applications. One of the best examples of the decentralized apps is Bitcoin, which facilitates its users a peer to peer electronic cash system.

Before the introduction of the concept of Ethereum, the blockchain-based applications were designed only for carrying out a limited set of operations. But, Ethereum changed it all.

The Bitcoin blockchain is used for tracking the ownership of a digital currency, that is the bitcoins, the Ethereum blockchain, on the other hand, emphasizes on running the programming code for the decentralized applications.

In the Ethereum blockchain, the bitcoins are not mined. On the other hand, in Ethereum mining, the miners work for earning the Ether, which is a type of crypto token fueling the network. These Ethers are also used by the app developers across the globe to pay for the services and the transaction fee on the Ethereum network.

Why Do You Need An Ethereum Wallet?

Currently, Ethereum is having the second largest market cap after the Bitcoin, and owing to this, several investors are now flocking to the Ethereum. This has surged the requirement and demand for secure Ethereum wallets.

A secure Ethereum wallet provides the private keys, backup & security, ease of use and compatibility with the different operating systems. Also, if you are indulged in Ethereum Mining, then a hardware Ethereum is the best option for the secure payouts.

Here, we have listed the best Ethereum hardware wallets which can be used to secure your Ethers. 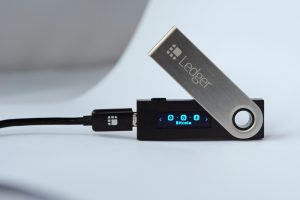 Indeed, it’s currently the most popular and widely accepted Ethereum wallet. By enabling the capability to store the Ethers offline on a device, it offers a safe and inexpensive way to store, carry and safeguard the Ethers.

When you want to use your Ethers stored in the Ledger Nano S, a sign in is made by the device using the private key stored on it. It’s a hardware wallet, which can store both ETC and ETH, and comes equipped with a small OLED screen which helps you to control as well as track your transactions.

Even if you use your Ledger Nano S device on a hacked computer, it won’t be able to access your Ethers because of the robust security provided with this hardware wallet.

The KeepKey is the best Ethereum wallet 2018 in the hardware wallets category and is the costliest in its niche.

It helps in keeping your ETH secure and offers a bigger screen to track your Ether transactions. It has an incredible interface and the way it enables you to control your Ethers is one of its best features.

Also, there are a few downsides to this wallet including its vulnerable plastic body which may not be able to survive a fall and its size. It’s not easy to carry around like Ledger Nano S or other hardware wallets.

Trezor is one of the best wallets to use Ethereum and is the first-ever hardware wallet invented for Bitcoin. However, now it can be used for Bitcoin as well as Ethereum.

Equipped with the web interface named “My Ether Wallet”, the Trezor stores the Ethers on a secure electronic chip which gets activated when you log-in with your password.

Trezor has an amazing password management feature, and that’s how it encrypts your passwords in the secure environment. When you login online, it decrypts the password and provides it to carry out the transaction.

One of the benefits of using treasure is that it’s very light and highly portable. One can easily carry it in their pocket and take anywhere. It is available in a very elegant design and three colors – black, grey and white.

The best part of Trezor is that it is one of the most drop-prone Ethereum hardware wallets.

While all the three hardware wallets offer an outstanding array of features, but, if you are looking for a hardware wallet for Ethereum in the budget, then Ledger Nano S is the perfect one to buy.

If viewed from the technology perspective, KeepKey comes out as a clear winner. Nano S and Trezor use the smart chip technology, but KeepKey is more of a mini computer. Also, its larger screen and more “premium” feel makes it one of the most advanced hardware wallets for Ethereum.

So, if you are only considering the budget, then you must go for ledger Nano S, but, if technology and advanced features are more important for you, then Trezor is the right wallet. It is not too expensive but offers all the features that an avant-garde hardware wallet must possess. 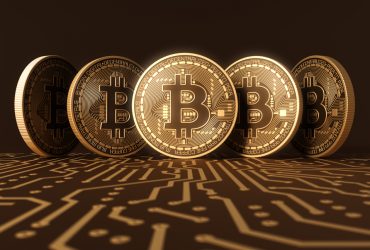